It would be brilliant in this section if we could present you with a one-size-fits-all template, indicating which roles and team members you'll need to make the greatest impact with your film. But the truth is, different film teams have different goals, different change strategies and therefore need different expertise.

Typically, most of the filmmakers we spoke to said that they started their campaign with a pretty small group of people and, as funding and momentum gathered, were able to hire in additional help and support on a contract basis.

Have a look at this snapshot of a few of the films from the library - all with very different levels of resources for their campaign and numbers of people involved.

Take the Bully team as another example, which launched a new organisation with filmmaker Lee Hirsch at the helm. He decided to take a very hands-on role in the impact campaign, from the campaign's strategic direction to brokering partnerships and being the lead spokesperson for the campaign as well as the film. This came about after giving it a go with impact consulting agencies. For Lee, the gap was too great between lots of strategy talk and bold immediate action. This ultimately drove the decision to create a purpose-formed team.

Through fundraising activities and as a result of Bully's success in the media and at the box office, Lee was able to recruit a full time staff of six to work with him on the campaign after its launch in 2011. With the help of impact strategy consultants and other consultants and organisations holding certain expertise (e.g. marketing and educational outreach), he launched “The Bully Project,” a new organisation that would run the impact campaign.

The Bully Project is still going strong. Four years into the campaign they stopped tracking the number of kids who had seen the film, which at that time was 4 million. Every year since, schools across the US show it and they still sell 20 educator kits a month (most kits are now sold and delivered with a dropbox link for $38.00). But Lee has scaled down staff and now runs the Project mostly on his own, with minimal hourly support from consultants. Due to his work on a new film, he doesn’t have the capacity to run more than one main activation at a time for the Project. “The last two years we’ve really been struggling to sustain it”, he says.

Asked what he might have changed if he could do it all again, Lee is candid:

'When we were hotter, I would have done well to slow down and think about scale and longevity. But things were moving so fast. And we had no idea how huge the campaign would become, that we would grow into a brand and become such a trusted and needed anti-bullying resource for kids and families. At our peak we should have focused on sustainability, when we had many funders and wind in our sails. In that way I have a lot of regrets.'

The main piece of advice he offers other filmmakers who find themselves in similar circumstances is: give yourself the space to think and don’t be afraid to follow your gut, even if that means making contrarian moves to what consultants are pushing for; ultimately you know your subject better than anyone. 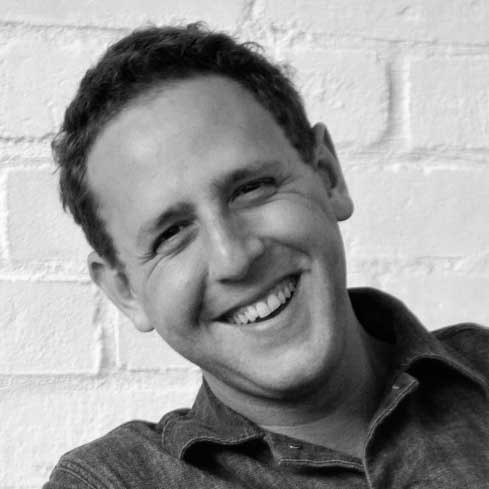 'There’s an enormous amount that is possible but it means your film will dominate your life for a couple of extra years. So be realistic about what you’re willing to devote yourself to. There is no right or wrong. It’s about being effective.'

By comparison, The Bag It team kept things very lean. They had a comparatively smaller campaign budget to play with, and Suzan and Michelle took on much of the Impact Producer's responsibilities (including project management, fundraising & publicity), then hired additional support when funds allowed them to do so. (See section 3.3)

The following team organogram gives a snapshot of all the people who worked with Suzan and Michelle during the campaign. The dotted lines depict those who were brought in temporarily. It's also worth adding that, whilst Suzan and Michelle led the team, the rest of the team are not arranged in hierarchical order!

Four years on, the filmmakers talk about how they are able to transition projects over to some of their partners:

{% trans "As you can see, there’s no one way to do this. Here are a few standard models for what an impact team might look like. We offer this to illustrate the variety that exists in the “impact producer” role. Hint: all of these roles are “impact producing.” So what are you looking for or offering?"

The impact manager/implementor. In this model, a filmmaker will hire a professional - a freelancer who is working on a contract basis - to join or report to the film team. This person will generally examine all the work that has been done to date and design a plan or a program to deepen impact around the film’s impact distribution efforts. If the film team includes an impact strategist (see below) the manager/implementor will often work with them to advance the impact strategy. Usually this person is brought on full-time or part-time for a limited term (usually 1-2 years). It’s a common model that can work well.

The impact division. Another way some filmmakers have gone about it is to bring on new staff to run the impact campaign. For example, The Chasing Coral team brought someone on to be the head of impact at Exposure Labs and she hired a new impact team, creating a department to run the campaign. This department is now set up to stay with the production company as they move onto their next project, and to think about the work across their various projects.

The impact firm/organisation. Yet another way to go about this is to hire an outside firm to take on the full impact campaign, or distinct parts of it (e.g. campus engagement, grassroots screenings or strategy). This option can be attractive to those film teams with the funds to hire a team, sometimes with specialised skills. For example: Active Voice, Peace is Loud, Picture Motion, and Together Films. Often these firms have an established process or framework that they will build your film into.

In the U.S., Working Film leads multi-film media-organising initiatives that are responsive to grassroots movement leaders and resource them to employ documentary media quickly and effectively in a regionally-grounded model that focuses on areas where there is tipping point potential for policy and regulatory change. Similarly, Active Voice Lab’s The Future of Public initiative uses film and other storytelling formats to bring people together to learn about and organise around the consequences of privatisation of public resources.

A partner leads. In some cases, an individual from within an organisation or a campaign partner takes up the heavy lifting on the delivery of the Impact Strategy. It makes sense, right? They are in this for the long haul and, if aligned in strategy and the way the film is being positioned, this could be a really practical long term solution.

The filmmaker-turned impact producer. Lest we forget, sometimes the impact producer on a project is the filmmaker themselves. This may be due to the fact that they are simply the best person for the job due to their experience with the issue, their relationships, and/or understanding of the work. Or it may be due to limited resources, or because they have the time and capacity to take the role on. This is still the most common model we see globally.

As you can see, there are many ways to set yourselves up. If you're interested in seeing the team organograms from more films, you can find them in our library.

Momentum on a film project with an ambitious impact campaign can lead to the rapid expansion of a team.

Without a traditional institutional structure, team dynamics are often overlooked in favor of production distribution deadlines. This is a brief tangent that could be much elaborated on, to remind you that filmmaking - and impact production - is a lot about managing people. And happy people do good work.

There's plenty of theory about how to understand your own behaviour and those of your colleagues - whether they are senior, junior or on the same level. It's quite possible that you'll have different working styles, and that as a multi-disciplinary team comes together, you'll have to tackle those differences.

We love the Honey & Mumford Questionnaire to work out what kind of learners you are. It puts every member of your team into one of four learning types: activist, theorist, reflector and pragmatist. Figuring out your impact strategy and being self-aware about how each team member processes and contributes is very helpful in understanding your team's dynamics.

Ditto the Belbin test, which can be incredibly useful when figuring out the strengths of your team members and who is going to work really well together. It identifies nine different clusters of behaviour that are often displayed in the workplace. If you're interested in finding out more, click on the Geek Out section below.

Rockwood Leadership have produced a guide for nonprofits on how to manage teams.

The Belbin test is used by business schools around the world. It identifies 9 roles that must be performed for a team to come up with good ideas and execute them well. Each person will naturally gravitate into a number of them - but not all. That's why it takes a team. It's not free but it's very enlightening.