How can we understand what kind of impact is possible with a documentary film? Are there certain kinds of films or topics which are more likely to create impact?

We have found that whether an issue is relatively known or unknown, and whether there is strong and organised opposition or little resistance, is key in determining which kinds of films take hold in the culture. This is useful to reflect on with your own project as it helps to determine what success looks like and enables you to be realistic about how much change can follow.

FRESH: an unknown issue to your target audience and little or weak opposition. They favour films that dramatically REVEAL what’s going on.

FAMILIAR: a known issue that still has little or weak opposition often calls for films that can put the SPOTLIGHT on a tired issue.

HIDDEN: an unknown issue (to your target audience) but with strong and organised oppositional forces may require your film to prove the case - to INVESTIGATE.

ENTRENCHED: ka known issue (and so possible fatigue from target audience) with strong opposition to your story and campaign - often need to offer no more new facts or assertions but simply to HUMANISE the affected communities.

Noting that, while many documentaries investigate, reveal, spotlight and humanise, they do tend to have a dominant emphasis. Set that against the environment into which you are releasing and you can gain useful insight into the kind of change you can hope to achieve.

Have a look at each quadrant in this diagram to think about this further.

Unknown issue (to your target audience) and little or weak opposition. They favour films that dramatically reveal what's going on.

Known issue but still little or weak opposition often call for films that can not to put the spotlight on a tired issue.

Unknown issue (to your target audience) but strong and organised oppositional forces may require your film to prove the case, to investigate.

Known issue (and so possible fatigue from target audience) and strong opposition to your story and campaign, often need no more new facts or assertions but simply to to humanise the affected communities.

In some FRESH environments, where people are unaware of a problem and no one is fighting against you, success could mean causing a sea change in public opinion, it could be triggering new laws to be written, or compelling companies to publicly apologise. But this kind of result isn’t always possible given the external restraints, no matter how brilliant the film and campaign ENTRENCHED environments, for example, moving the dial just one degree is a huge achievement and worth all the effort.

Let’s consider some examples as you reflect on the environment you are operating in and what that means for your definition of success and the tactics you adopt.

The Invisible War
(2009) helped to REVEAL and start a revolution on policy and attitudes to rape in the US military. Directed by Kirby Dick, produced by Amy Zierling.

Bully
(2011) shined a SPOTLIGHT on high school bullying and made it a national priority. Directed by Lee Hirsch.

Gasland
(2010) led many communities to INVESTIGATE and reject fracking for shale gas. Directed by Josh Fox.

The Invisible War came into an issue space with almost no credible opposition possible. Nobody is in support of rape in the military. And, beyond the victims themselves, the issue was almost completely unknown to the wider public. The Invisible War was able to reveal the truth in a way that could no longer be ignored – such as the fact that 1 in 4 female soldiers are sexually assaulted by their own colleagues. Facts which would resonate deeply and all the way up the command structure of the US military in a relatively short space of time.

This film, about the persecution of local farmers by the government, landed in Colombia with a bang. Law 9.70, quietly adopted in 2010, made it illegal for Colombian farmers to store seeds after a harvest, giving private transnational corporations control over the market. But most people didn’t know about this, though anger had been brewing. The film helped fuel this popular resistance, which the multinational corporations and the governments were not expecting.

Bully by contrast, came into a space where the issue has been on the radar since formal education began – but that itself was the problem. The ingrained belief that bullying is a matter of 'kids will be kids' has allowed the issue to embed and become normalised: a tragically inappropriate mindset, which Bully was able to spotlight in the US public eye and force people to confront. This bold approach tried to create a cultural moment across an entire nation, to unite and rally a movement of kids and teachers in every city and in every state.

Almost 10 million families in China struggle with Alzheimer’s and dementia. This is no secret, yet popular attitudes are dismissive and even derogatory towards people who suffer from the diseases. Enter the documentary Please Remember Me, a touching love story about a couple trying to find a way to live in a society that doesn’t provide them with their needs. With almost no opposition to contend with, the film team was able to draw a lot of attention to the issue and inspire new programs and initiatives. In fact, they even inspired one community in Shanghai - Changshou Community - to pledge to become the first “Dementia Friendly Community” of China.

Other examples: Bag Itand The House I Live In.

The Israeli-Palestinian conflict could not be more well-known. However, unlike bullying, the barriers to genuine progress run far deeper than a need for a shift in attitudes. People's minds are often made up and their positions supported by intransigent community leaders, press and lobbyists. Despite this, Budrus has been able to achieve something by humanising the issue. There are no new facts, research or data with such an approach – simply people and a story which help make nonviolence more visible, thereby helping to shift the dialogue.

In a US context, where climate change is politically polarised and denial is rampant, the Chasing Coral team faced a challenge: how to get more people to care about this issue and, in particular, coral ecosystems. The team, of course, provided data and information about the dangers they face, but the film’s true power lay in the way it humanised the issue, pulling people into the experiences of the scientists who love the reefs and were deeply saddened by the tremendous loss they were witnessing.

Another example: Marc Silver's Who Is Dayani Cristal?

Gasland explained the new technology of fracking to the American public and urged citizens to use the law to oppose it being brought to their communities. Because the filmmakers were taking on powerful industries - oil and gas - they had to expect strong opposition, and that they would face counterclaims to their depiction of the negative environmental effects. Therefore, their challenge was to investigate and prove their case.

At the time of its release, Virunga was another film about an unknown issue: illicit oil exploration within the Democratic Republic of Congo's protected Virunga National Park. While the campaign was much broader than this, one of the film's main functions was to thrust the issue into the public view. The team worried they would be faced with a strong and organised opposition from the company that was leading the exploration and building local support for its activities. So, they made sure to triple-fact check their story and enlisted the support of a legal team to ensure every angle was covered and to help them navigate the resistance that they knew was coming.

Another example: No Fire Zone.

Now remember: this is not an exhaustive framework. There are so many other factors you might be contending with depending on where you and your film are positioned, from censorship and other legal considerations to extreme polarisation or distrust. Each might require a whole different set of tactics and story-based tools to ensure that you’ll have an impact.

Use this framework as an exercise and an illustration to start thinking about the interplay between what a film can do within the issue landscape you intend for it to land in, and to start thinking realistically about what’s needed - what you want to do, and what you can do, especially if these things don’t line up.

As a very simple first exercise, think about which impact films you most admire and where you would place them on this axis.

Now, thinking about your current project:

Is the issue UNKNOWN or KNOWN (to the people you want to reach)?;
Is the opposition: WEAK or STRONG?

Go to the Library and find more case studies of films operating in the same environment as you.

As a very simple first exercise, think about which impact films you most admire and where you would place them on this axis. 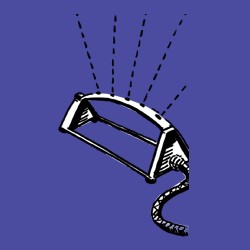 The HORTICULTURE model by Active Voice Lab helps you figure out what kind of tool you need for the issue environment or kind of impact you hope to have, or it helps you identify what the possible strengths are of the documentary/tool you've created.