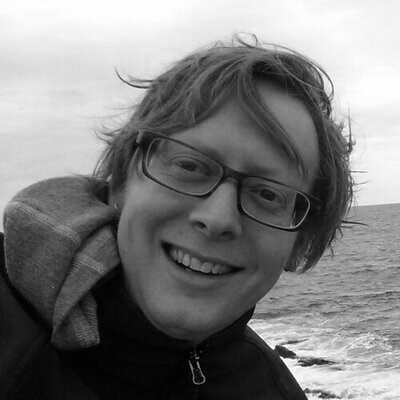 The first step is to get to know the key organisations in your issue environment. Some of this has likely been done already as a natural part of the filmmaking process. But this is the time to find out what those organisations’ strategic priorities are, which will likely inform your impact planning process and allow you to proceed in your efforts responsibly and with accountability.

First up, start thinking about all the key stakeholders who are working to solve the social problem that a film addresses. For example:

TIP: Create a database now that tracks everyone in your film/campaign world and code them by organisation type and issue interest:

Share it with your team and then brainstorm some more.

Here's an example from The End of the Line, with some questions to help prompt you. 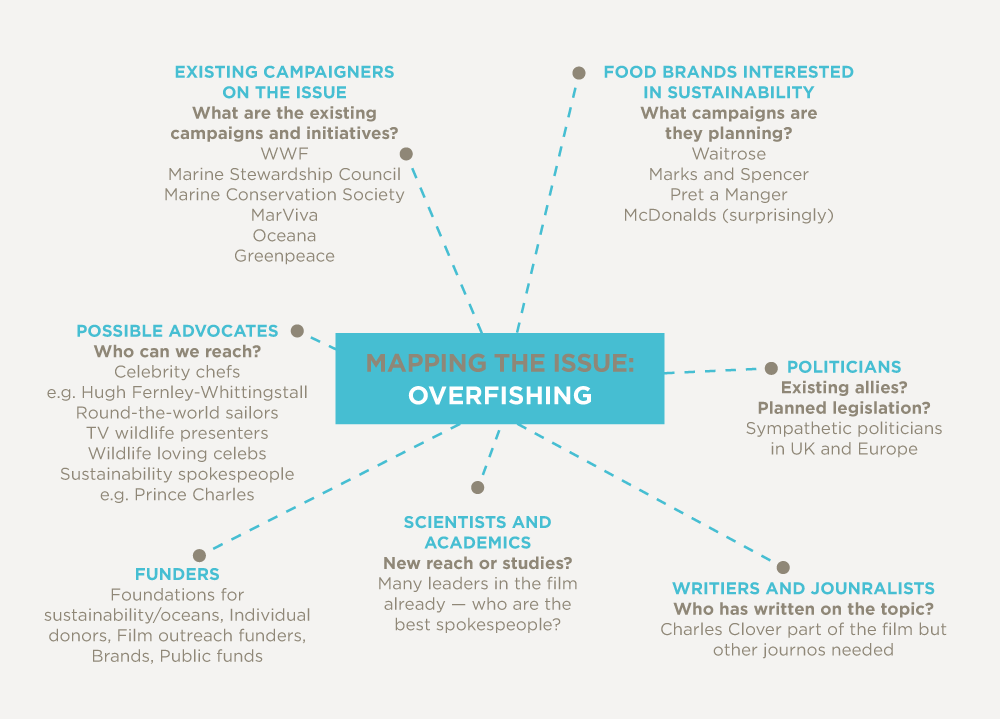 Beyond this mapping exercise, it could be useful to attend conferences & public debates. Think Tanks and universities hold public events all the time, and there's more than likely to be events that are relevant to the issue you're digging into. Get yourself there. It’s a chance to hear from the field and identify aligned partners.

Review similar films to see what is out there that's related to what you're trying to do, and find out everything you can about the projects. Other film teams will probably let you stand on their shoulders. Ask them.

Then, armed with that list, think about who you want to prioritise to develop relationships with. This is hugely important in change work. Who could be your advisors, your council, your friendly critic from inside the issue movement?

Often, at this stage, an impact film team will pull together a braintrust to accelerate the process. A braintrust is a gathering that brings together people and organisations who are working on the problems your film addresses, so that they can offer their perspectives on your film and your early impact plans. It is often a 3-4 hour meeting that involves a screening of the entire film, or parts of it, followed by a structured conversation.

But not all braintrusts are the same. Some are cross-sector and aim to tap into the collective wisdom of people who are working on the issue from varied angles. Other braintrusts target key sectors or groups and aim to seed interest and buy-in to the project. And yet others aim to highlight the possibilities and inspire key leaders and funders to get involved in some way. Some are national in scope and others are hyper-local. Some gather feedback to help them finalise the film, while others help refine the campaign strategy.

Whatever you aim to do, remember: who you invite to a braintrust and how you structure your meeting will shape what you get out of it. So be thoughtful in your planning.

Here is one example of a simple structure, which DocSociety has offered to filmmakers in the past. Use it as a helpful starting point to your braintrust planning, but be sure to tailor it to your needs.