Now let's look at the kinds of change that film can drive: what we call IMPACT DYNAMICS. These are based on extensive analysis of the films we've worked with, but also from working with a variety of NGOs and activists to understand the different kinds of change efforts that they work with.

Here are the four Impact Dynamics, with links to example Impact Plans to help you.

Mass awareness and understanding – creating a shift in public attitudes. What attitudes and beliefs are you trying to create or change?

Changing minds is about building awareness of an issue or shifting how it is perceived. It’s about deepening understanding and connecting the dots between personal experiences and on-screen depictions. It can be broad (i.e changing broad public discourse) or it can be more focused.
The Act of Killing was primarily a changing minds impact project: driving a radical reappraisal of the Indonesian nation's attitudes and beliefs regarding the genocide of 1965-66. A key part of Chasing Ice’s impact campaign was focused on changing one mind, that of Congressman Tiberi, in Ohio. And with 90+ screenings and a coalition of local partners putting pressure on him, they were finally able to get this former climate-denier to acknowledge the need to work together to address climate change.

While it may be tempting to imagine that changing hearts and minds is something that every social problem needs, film teams that care about true impact should beware that sometimes, positioning empathy and humanisation as the end goal will only result in superficial change. Sonya Childress of Firelight Media, in her Medium article “Beyond Empathy,” warns that:

While a change in perception is important, and, certainly the first step towards behavioral change, the overemphasis on attitudinal change towards individuals leaves less room for films that push audiences to grapple with the structures and systems that reinforce inequality.

Would you like to know more? You can read Sonya’s article here.

Read Sonya Childress’ powerful piece, Beyond Empathy, to dig further into her ideas on the subject.

Actively mobilising people to do different not just think different, whether that's to buy or boycott, donate or volunteer. What specific actions could you promote?

The Age of Stupid and the 10:10 campaign sought to change behaviours, seeking to trigger a mass public movement of small environmental actions in everyday life. Ten years later, the campaign is still going strong - promoting positive, practical projects focused on tackling climate change at community level, and turning these local actions into a force for bigger changes. From a solar schools campaign to research into building solar powered railways and fighting the ban on onshore wind, everything they do is about inspiring more people to take more action on climate change.

The Virunga campaign encouraged audiences to check their own investments and pensions funds. If they had investment in SOCO, audiences were asked to write to the company and ask them if they intended to make an absolute commitment not to explore in Virunga National Park, and to commit to an exit plan that properly safeguarded the area. SOCO shareholders were a key audience, and the campaign encouraged them to positively engage with the company and to encourage it to carry out an adequate, independent investigation into all allegations of wrongdoing, to account for their lack of oversight whilst operating in the DRC. The campaign also encouraged the public to donate to the national park in the Congo - this being the most direct way to support the park and its rangers.

Grassroots organising – providing the focal point around which people come together. What communities could you serve or support?

Bag It focused primarily on building communities, positioning the film as a key tool around which individuals and organisations across America could campaign for voluntary or legislative plastic bag bans.

The Palestinian nonviolent resistance movement used Budrus to validate this important and effective, but largely unseen, movement. They used the film to highlight the voices and perspectives of these organisers and as a convening tool to inspire and build this important base.

Whether in politics or business, directly influencing law and policy to change the context. What laws or policies embed the problem you are trying to solve?

The End of the Line became primarily a changing structures film, focusing on influencing corporate leaders to make changes around (in this case) the fish they purchase, how it is marketed, and create a new context for their customers.

No Fire Zone focused on influencing members of the UN Human Rights Council which would lead to a vote on investigating war crimes during the long conflict between the Sri Lankan government and the Tamil Tigers.

The Please Remember Me campaign, named 'Memory 2030', aimed to help families grappling with Alzheimer's and dementia in China. One partner, an Alzheimer’s doctor, started using the film as a training tool among his staff to shift hospital culture and attitudes towards these patients. Local government launched new plans for dementia care including extra beds, and ended up endorsing the campaign and using the trailer to promote the new program.

Having distinguished the different kinds of change that a film can contribute to, as you can see from the sample Strategic Plans , every project we know has used at least two. And if you take a film like Chasing Coral as another example, it held all 4 of the impact dynamics in its impact campaign:

The team had the resources to put equal energy into each of these initiatives, placing great emphasis on both global awareness and action and hyperlocal community building and advocacy. So remember that, in this way, the impact dynamic framework is meant to focus, not limit your strategic planning.

In another example, the Invisible War team understood that to end rape culture in the military and to build broad popular support for survivors of rape in a U.S. cultural context that tends to silence and blame victims of sexual assault was also going to require a multi-pronged approach.

Seasoned activist-filmmakers Amy Ziering and Kirby Dick would build their impact strategy into their filmmaking from the start. They engaged policymakers from both sides of the aisle while they were still in production, to understand the policy needs and political landscape and ensure the story they would tell could address these effectively. But, also, this strategy offered the policymakers an opportunity to get out ahead of the story with policy solutions before the film went public. Because ultimately, their goal was not to sensationalise inaction; it was to spark the actions needed to make change.

People often talk about film and cinema as creating big ‘cultural moments.’ And we’d like to pause and unpick that for a moment. There is little doubt of the change potential of an individual film, which, with a good strategy and sufficient resources, can yield significant results over a 1-3 year time period post the film’s release. But a nation’s culture changes over the long-term. It rarely shifts due to a single story or factor. Usually, culture change is the snowballing result of a collection of stories, policy changes, cultural moments, unexpected changes, more stories, more policy changes, and so on and so on.

Returning to The Invisible War, the film impact team brilliantly leveraged celebrity connections and their Academy Award nomination to maintain a consistent presence in the media. House of Cards showrunner Beau Willoman created all of Season Two around a Military Sexual Trauma (MST) plotline and credited and thanked The Invisible War when he won a Peabody for it. Amy Schumer then wrote a sketch for Inside Amy Schumer that is based on the documentary, which she also won a Peabody for. In fact, MST became a major plotline on eight hit prime-time series, including Scandal and The Good Wife.

The Invisible War, in concert with all these other stories in docs and fiction as well as voices from parallel movements, contributed to a cultural moment and the momentum that gave rise to #MeToo. 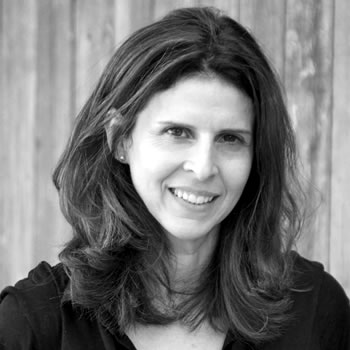 Their testimonies, captured in our film The Invisible War, inspired students from around the country to reach out to us and implore us to make a film about the epidemic of rape on our campuses. While making The Hunting Ground, time and again students told us the only reason they were speaking up was because they had seen The Invisible War and felt emboldened to do so by the military women’s courage.

Fast forward to 2015 and Lady Gaga singing the song from THG at the Oscars and receiving a standing ovation, setting off a global conversation and, we believe, lighting a long dormant fire in the entertainment industry. I think seeing LG perform onstage with students led actresses to think that maybe they could finally speak now too.'

So, if your focus is to shift broad popular culture, keep your eye on the prize! But don’t lose sight of all the steps you need to take before that can happen and all the other storytellers, stakeholders and contributing factors that are necessarily part of the culture change story. 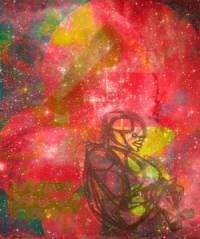 A Conversation about Cultural Strategy

Do you want to know more about how stories support narrative change, which supports culture change and how it all fits together? Read this explanation by Jeff Chang, Liz Manne & Erin Potts.

This work is licensed under a Creative Commons Attribution-NonCommercial-ShareAlike 4.0 International License.